Hi, are you sure this fit doesn't work anymore?

What did the last patch change?

I deprecated this fit when I moved on to the MWD/Large SB combo. The MWD fit is extinct as of the HAC change on their sig bonus. This original AB fit will eventually die to time, similar to Torv's T6 Stormbringer runs. There's enough RNG in the rooms where a bad spawn, like Leshaks in a speedcloud, will end up killing the fit on the timer.

You will definitely have success with the AB version. It will 100% die eventually though because the Iki is slow.

I designed this fit to address how rats operate in T6 Darks. While the optimal penalty is significant, most rogue drones, sleepers, and drifters naturally orbit within 6km of your ship in this weather. Our Occult range on the ship is 5800m. The trick up our sleeve though is triple EM smartbombs that reach out to 6km.

We use these weather penalties to our favor by fitting for max damage and utilizing only a three slot tank. This tank is overkill for 95% of the situations we will face. Overheating the afterburner and repper can make up for the rest. I only run an antipharmakon in slot one (Exile on live) but you could just as easily roll an exile in addition to drop.

The main thing you're probably looking at is the steep investment cost. This fit is not for laid-back isk making. It's for anyone who might be looking for a new challenge in the game in the highest difficulty in the abyss. As usual, I worked through the fit to see where, if any, isk could be saved and this is what I landed on. The Ikitursa hull itself is pricey so I always feel it deserves some bling anyways.

You will be brawling in every room with this fit. The goal is to get within range and apply Occult to priority targets while letting your smartbombs clean up anything within 6km. I aim to ramp damage on the biggest targets while maximizing the number of rats within that 6km sphere. After those large targets I start working on anything that orbits outside 6km.

For positioning I try to fight the main group around the biocache unless clouds prohibit it. Be very aware of your range to the gate. Moving within 6km of the outgate will shut off your smartbombs. It's not the end of the world but you are losing out on a lot of saved time.

Through practice you will be able to identify how to best react in every room. I typically start rooms by pre-heating Meson and popping an EWAR frig while I move into the pack. The frig will end up spending time much closer than Meson range but it will also slingshot and we don't want to break that spooling.

For target priorities always look for things that will prevent you from applying damage. This usually goes Webs, Neuts, TDs. With our AB and the room's velocity boost you can typically close the distance on a webbed target if you only have one web on you. If you can clear the rest of the webs while you move to your main Occult target you will be at an advantage. This fit handles well under neut pressure but if you find the room is running long you will want to bump neuting ships up in priority. Finally, TDs. They can crush your optimal even more; however, I find that if you can reach and tackle a ship then you will be operating within the penalized range anyways.

For ammo choices you will largely be using Occult and Tetryon. If you can apply it then Occult is king; however, I found that Tetryon is almost always a better option for Damaviks and sometimes even Kikimoras. Be sure to bring all ammo types though as having additional range options is always helpful. Some rooms like the Marshalls, Angels, and Sanshas will benefit from having Baryon as an option.

For drones I mainly have Navy Infiltrators. I use them when I cannot use smartbombs, when I want to pop a biocache at range, or when I'm in a pure single target DPS fight. If you are in a multi-target situation to use Drones be sure to put them on a secondary target. Be aware that drones have a tough time applying damage in darks on smaller targets.

Blue Clouds and Tracking Pylons are helpful but aren't always available. I chose Improved Drop to help in the situations where we can't rely on these. Additionally, always avoid speed clouds even if it means moving into a normally awkward position away from the outgate. The wild changes in your and the rat's speed will almost always break your ramped DPS. After speed clouds the main threat are blue clouds when facing Marshalls. Avoid them at all costs. You will die with a quickness if you clip a blue cloud while tanking the Marshalls.

First upgrades that I recommend on Tranquility are Mutaplasmids for your Entropic Radiation Sinks. They will help when you get three rooms where you can't use smartbombs effectively.

I'm running Improved Exile on Tranquility due to the low supply of Kosybo. If you don't want to do Improved then Standard works. Both are overkill but let you focus elsewhere rather than on your tank.

I swapped to the Centum C-Type Membrane for a Centii A-Type Coating on Tranquility. Both are viable but the latter is an upgrade for only 30mil more.

I'm slowly adding runs onto Youtube to address concerns pilots have for specific rooms. Currently list is below: 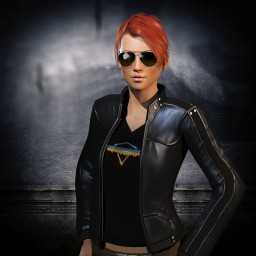 The information below was calculated from 31 user submitted runs (displayed left).