Kite most things. Your main survivability is not getting hit.

If something does tackle you, load Gleam and kill it ASAP. Overheat repper if needed.

In case of big stuff (Battleships, Battlecruisers) clear small stuff that tracks you, then get under big stuff's guns and load Gleam to reduce run time. Don't get close to -grips (Rogue drone Battlecruisres)

Sansha room and EDENCOM need to be kited, as usual. (Prioritize Painetrs in EDENCOM rooms)

Angel room can be either kited or brawled, if you're feeling brave. Cynabals can't track you well if you get under their guns. Be wary of neuts, however.

Repper is blinged for a reason, it gives you leeway to not die in a sticky situation. 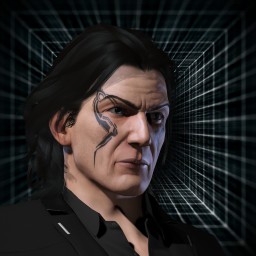 The information below was calculated from 38 user submitted runs (displayed left).

THere are 5 almost identical fits to this one (which are counted against loot and popularity statistics). 2 are private so the list below shows 3 fits: