Works Fit #7355
This fit's weapon DPS is 0. Maybe the submitter forgot to load ammo before uploading the fit or this fit only relies on drones.

Jin, you said to "using Spike ammo to add more DPS to the drones". What do you mean or am I just misunderstanding. Are you saying that I can increase drone dps by using different ammo or are you just saying that higher dps ammo on my guns will increase total dps? Sorry if its a silly questions.

Sorry for not being clear. I meant to add gun DPS to the drone DPS since the latter isn't enough. Obviously you can't increase the damage the drones are doing by changing your gun ammo. Also, here I'm assumnig you're in a dark abyss. If you're in one of the others and don't have the range penalty, you can get more DPS by using a different ammo type like antimatter or thorium. Though if that's the situation your drone DPS really should be enough.

How do you kill the Skybreaker Disparu? I pretty sure that 15 km orbit is not enough, it has to be at least 16 km or it will attack you. After updating my fitting, I got 130 dps and there is no chance to kill it. Im lacking A LOT of dps. The shield regen is more in the range of 150+ HP/s. Any other room is no problem, but its impossible to kill the Skybreaker Disparu with this dps for me.

I'm not sure what to tell you. 132 DPS on the fitting window is more than enough to put down the Skybreaker relatively quickly. 90 applied DPS should be enough to kill it, though dark weather will cause your drones to miss more often. Were you in some kind of environmental effect? Also, I've trained Drone Sharpshooting to 5, and you might consider doing the same. The range penalty in Dark weather applies to drones as well as ships, so the better range they have the more damage you're going to apply.

Yo where does repair paste go? Says doesn't fit with any available modules

The repair paste is for fixing modules damaged by overheating. You don't load it into anything - just leave it in your cargo, and if a module is damaged you can right click on it and select repair. A bit of paste will automatically get consumed and your module will be fixed for a set amount (don't remember how much). To be honest, you don't need to overheat anything in T0 dark abyss, especially on a drone ship, so I don't even bring it anymore.

Hey Jin, thanks for your contribution here. I have a similar problem as Kine. I use 100% your fit and was doing just fine for many runs and just waiting for that dreaded Skybreaker. I executed to the best of my ability and my drones just couldn't handle to beast. I ran out of time. I'm an Alpha so that might have something to do with it (can't get Drone Sharpshooting to 5). I have over 6mil in training and have all the skill needed to handle it so my next plan will be to change to Shield (instead of Armor) repair/modification and add Drone Damage Amplifier. I'm also thinking about going for thermal damage drones like Hobgoblin II. Any advice on those two alternatives would be great. Thanks in advance. I will keep you posted if it works. I'm also going to start contributing data to this page since it helped me allot.

Hmmm. My drone skills are nearly perfect, so that might be part of it. Yes, bring hobgoblins. They shouldn't take any damage if you wait until your range stops yoyoing before launching them. Another thing you could try is bringing tungsten charges for the railguns or replacing them with the T2 version and using Spike ammo to add more DPS to the drones.

For T0 Dark: I usually just burn straight for the cache, and then the gate, while my drones destroy whatever spawns. Orbit the gate if any rats still survive when you get there. At any time if the drones get aggro, pull them in and re-launch. If you get Tesselas, which like to get very close, go ahead and throw some railgun slugs at them to help speed things up. You can also use the rail guns to help destroy Ehphialtes Lancers, but you'll have to chase them down and use the web. Using the rail guns with antimatter over about 5 KM is mostly a waste of ammo due to the weather range penalties.

If you get a Skybreaker Disparu spawn you'll have to be a little careful. Order your ship to "keep at range" 15 KM. Once the range stops yoyo-ing, then (and only then) launch your drones to attack the Skybreaker. As long as you're not closer the Skybreaker is out of range, and won't damage your drones. If they do get damaged somehow just pull them in and repeat the process. 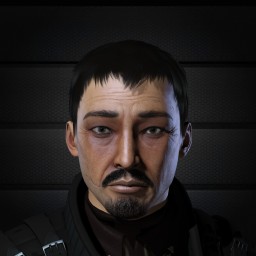 The information below was calculated from 608 user submitted runs (displayed left).

THere are 4 almost identical fits to this one (which are counted against loot and popularity statistics). 1 are private so the list below shows 3 fits: