Untested Fit #7375
This fit's weapon DPS is 0. Maybe the submitter forgot to load ammo before uploading the fit or this fit only relies on drones.

Relatively chill T5 Gamma fit. A bit on the expensive side but only a few rooms actually require attention. In most cases burning to the gate and dropping the MTU works fine.

Drone Choice The Drone groups are: 1x Gecko + 1x Republic Fleet Valkyrie Launch two of those (one extra in case you need to cycle them due to drones taking heavy damage). Vs bigger targets, use both groups against the same target, vs smaller targets (frigate, destroyer, ephilates cruiser, scylla) use one group per target. The Reepublic Fleet Warrior is to be used to pop the cache and nodes. Afterwards it can be used as a bit of extra dps. Careful when using the warrior vs Karybdis Tyrannos as it might take heavy damage there.

Target Priority Priority are Neuts first, then Scrambling (scrambling might go after your drones which decreases their velocity substantially and will cost you precious seconds) and Webs as they will make it take longer for you to slowboat to the gate which offsets the time you have to tractor loot. Generally you want to burn to gate and drop MTU while having the warrior Drone to pop the cache and all nodes for the MTU to work it's magic while you fight off the enemies.

Run Time Time wise you should usually be around 13-17 minutes per run. Although having more than one Ephilates room makes these runs take longer.

Boosters & ADC The Boosters in the cargo hold should not be used for every run, they are there as a help if you encounter a particularly nasty room or to offset some piloting mistakes. Think of them as one of your two "OH-SHIT!" buttons. They might not always save your skin if you mess up but they have a good chance. The Assault damage control is for similar use. 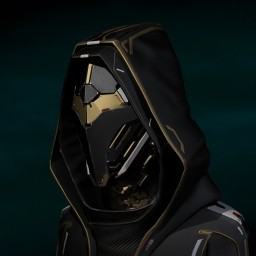 The information below was calculated from 51 user submitted runs (displayed left).

THere are 7 almost identical fits to this one (which are counted against loot and popularity statistics). 0 are private so the list below shows 7 fits: