I generally do T4 's undrugged with ease, T5 and T6 i run with (3 or 4 Pyro depending on mood): Standard Exile Booster Synth Drop Booster Agency 'Pyrolancea' DB7 Dose III

For added safety and clear times. Generally clears filaments around 12-18 minutes depending on spawns.

I use Mystic a lot, also Baryon - Occult when things get close or need tons of DPS to take down over time. Won't write a detailed guide on that, but generally mystic is all you need to lazily do T4's. In Higher tiers the clock becomes an issue if you get too lazy so apply occult / baryon when able and use drones when they won't get wiped out by suppressor towers.

This is meant to be done with another Draugur with the same fit. One runs resistance bursts, the other rapid repair.

If you get really heavy hitting rooms it might be good to lock up your main guy and apply remote repair as well. The tanks are good, but it can get hairy if you allow hard hitting mobs to pile up on you all at once, remote reps adds safety.

Rolling the armor reps for less cap usage helps with using cap charges -> Mine are stable with one rep, dual rep depletes the capacitor somewhat moderately fast - so infinite running one armor rep, remote and two rep modes require you to pay attention and apply boosters when needed. I usually pack around 20-25 cap boosters and pop them off prematurely if the loot won't fit (better have them and not need them, right) 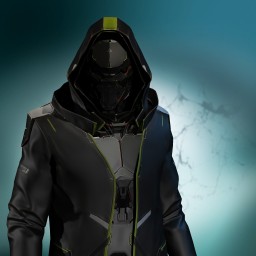 The information below was calculated from 28 user submitted runs (displayed left).