"With exception of the Skybreaker spawn (which you hit approach and load Multifrequency) it has been as trivial as orbiting the biocache and shooting with Xray, you will succeed." I blew up after a Sparkgrip Tessera spawn. It happened faster than I could react. Any suggestion, or unlucky hit?

To confirm, were you in a T1 (Calm) or T0 (Tranquil) filament? I have not come across a Sparkgrip Tessera in a T0, drone spawns have been 1-3 <type>needle variants, which should not break your tank even with exceptional damage rolls.

For T0 Electricals, not T1!

Not made by, nor adapted, by me. This fit and associated skillplan can be found in Zola Peri's bio, and their variation of this fitting can be found under fit 4077. If there was an earlier source for this exact setup I am unaware at current.

At minimal SP investment and a price tag that can be financed entirely by the Enforcer career agent, the barrier of entry is lower than any of the other recommended newbie/day 1 fit I've come across so far. At the same time, it has performed drastically better or easier than any others I've tried, like 2996 and its upgraded variant, 6479, and 5055. It also doesn't have the radically higher cost of T2 rigs & faction ammo like the 2471 Punisher variant, albeit at the cost of comfort taking this into anything other than Electricals.

It has proven effectively impossible to lose despite the minimal cost: regardless of ammo you are stable in Electricals, stagger the reps and you're easily tanking the Devoted Hunter room - as well as anything weaker. With exception of the Skybreaker spawn (which you hit approach and load Multifrequency) it has been as trivial as orbiting the biocache and shooting with Xray, you will succeed, and if nothing else gives you room to get to grips with EvE's UI or experiment to figure out what works and what does not, as a new player.

Better money in highsec than security missions will ever get you under Alpha status, too! For... Some reason. Far from optimal, and you'll quickly be able to afford things like Faction ammo, a higher DPS Slicer and the sort, but this will get you on your way in your first play session. 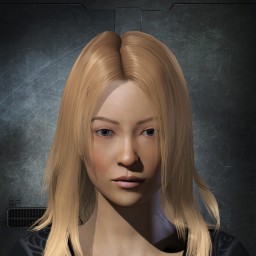 The information below was calculated from 261 user submitted runs (displayed left).